During this week’s coffee morning we welcomed some new attendees and had a great time catching up and sharing our stories.

Our main activity this week was playing bingo, with the winners being awarded an Easter egg, but we also talked about what makes a good day, and what people are doing to keep themselves busy and occupied.  Because of the reduced services which have been in place due to the pandemic, members can’t attend their old day opportunity and are missing friends and staff.  They told us they would like a chance to connect with friends whilst taking part in activities and learning new skills.  Some people have begun to travel into neighbouring county boroughs where day opportunities and social opportunities are available.  This has led to people sometimes paying £70 to take a taxi to make the journey.

We have held discussions with some of our members about what they want to do in the community and what will make a better day for them. Some members told us they would like to learn how to grow their own food. This led to us contacting the Taraggan Educational Gardens project in Bargoed, and a lovely gentleman called John invited us to pop along and take a look. John showed us a plot that our volunteers/members can work on to grow their own vegetables. Some of our members decided that they would love to do this, and we have now signed a lease for a plot and can’t wait to get started!

As the sun was shining, this week our focus group took the opportunity to venture outdoors and get some exercise.  The group walked around Bargoed park and then had a game of football, which left a few of us exhausted!

For the final week of our Winter Wellbeing project (funded by All Wales People First) the group took part in a mindfulness session, where they sat in a quiet room, and for 30 minutes listened to a recording to help us relax.  After the session the group felt less stressed and said they will continue to practice meditation in the future as they found it so helpful.

As it was St. David’s Day, the group took part in a quiz about Wales, and they also celebrated Shrove Tuesday with some pancakes and fresh strawberries and bananas.

For week 3 of our Winter Wellbeing course, the Tuesday Focus Group discussed the benefits of Vitamin C and Vitamin D, and compared foods to see which foods contain the most sugar and fat, and which healthier foods you can replace the unhealthy ones with.  After this discussion, the group took part in a healthy eating quiz prepared by Carmarthenshire People First, following which the group made healthy carrot and coriander soup.

Here is the latest version of the Caerphilly People First newsletter. We hope you enjoy reading about our activities. 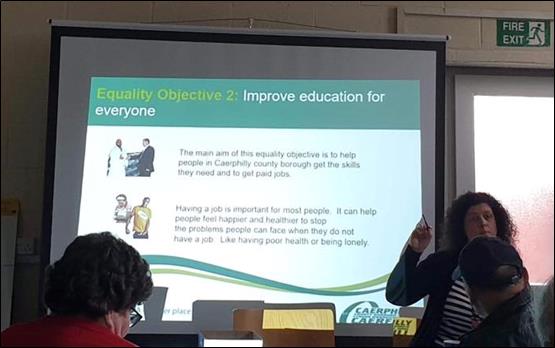 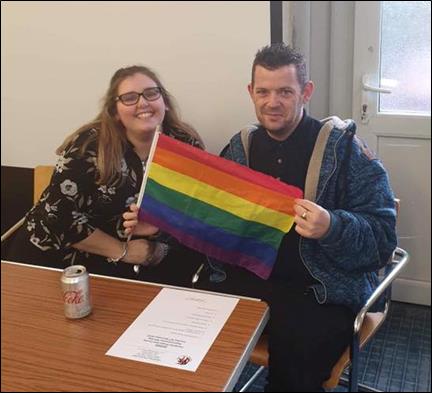 On Tuesday 22nd of October 2019, Ffion Poole, Sharon Cochrane, Cyril Luke and Christy Taylor visited Gwerin day centre in Rhymney where we delivered ‘Big Accident, Little Accident’ training.  This training is all about when is the right time to call 999.  We talked about people’s experiences when they have called 999 or 101 and how they have been treated by paramedics and other health professionals.

We also handed out the ‘About Me’ sheets and magnets.  We talked about how to fill them in and explained to everyone that if they need to ring an ambulance the paramedics will come into their home and look for the sheets.  These sheets contain information such as a person’s likes and dislikes, allergies, what medication they take, and emergency contact details. 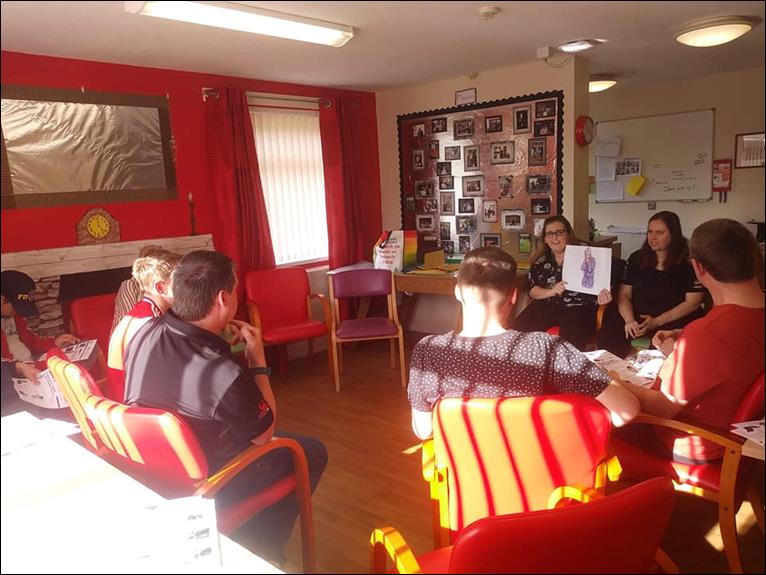 In July Caerphilly People First members visited Springfield centre in Pontllanfraith where they delivered ‘Big Accident, Little Accident’ training training to a lovely group of people.  The training concerns when is the right time to call 999 (only if the situation is an emergency).  The group also talked about their experiences of calling 999 or 101, and how they have been treated by Paramedics in the past.

We also handed out the ‘About Me’ documents and magnets.  The document can be filled in to contain medical information about you (like medication, allergies etc), which you can stick to your fridge using the magnet, and which paramedics can consult if they are called to your home.

Once again, here is the newest edition of our newsletter, which this issue focuses on a visit to Caerphilly by a group of professionals from Bulgaria.  We hope you enjoy reading the newsletter and we’d like to take this opportunity to wish everyone a Merry Christmas and a Happy New Year!