The most recent All Wales People First National Council meeting was held in Swansea at the end of October, and was attended by Christy, Sharon (standing in as deputy for Ffion), and Natalie (a student nurse on placement with us).

At the meeting, elected reps from various People First groups came together to discuss issues relating to the lives of people with learning disabilities.  Some of the subjects discussed included the issues people are having with renewing their bus passes and blue badges.  Caerphilly People First members have also been having problems with this.  Joe Powell said he would contact Transport for Wales to see if they will attend the next meeting and talk to reps about these issues.  The group also talked about voting and the difficulties people with learning disabilities face when trying to vote.  The next national council meeting will be held in Flint, North Wales in January 2020. 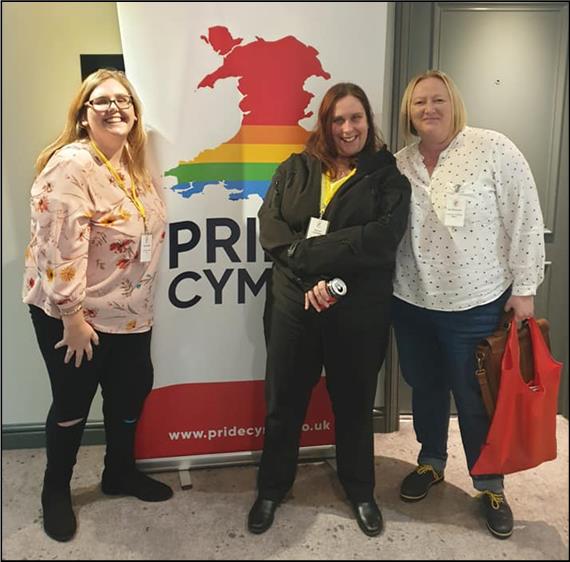 At the end of July Ffion Poole and Christy Taylor attended the two-day residential National Council meeting in Bangor, North Wales.  One of the issues we discussed was Talkback, the newsletter of All Wales People First.  National Council members voted on whether Talkback should continue being produced as a paper copy, or if people would prefer a video podcast of news, which they could watch on YouTube. The result of this vote was 71% for a paper copy and 29% for a video podcast.

Also at the meeting were Mandy Jenkins and Leanne Hawker from the Welsh Ambulance Service, who delivered a presentation about the work the ambulance service does to include people with learning disabilities.  We also talked about the number of ambulances and rapid response units that are allocated across the seven health boards in Wales.

We also received a presentation from Daron Owens of Bangor University, who gave a talk on the Social Services Health and Well-being act, which came out in 2016.  The act provides the legal framework for improving the well-being of people who need care and support, and also carers who need support.  Daron has been researching the impact of the act and shared some of the findings he has made.

On 30th April 2019 Sharon Cochrane and Christy Taylor attended the National Council meeting at Able Radio studios in Cwmbran.  The National Council is a bi-monthly meeting where reps from People First groups in Wales meet and talk about issues from their local areas, and also national issues.

One of the subjects on the agenda was LGBTQ (Lesbian, Gay, Bisexual, Trans, Queer/Questioning) and how people can get support on identifying, and telling their friends and families.  Ffion and Sharon provided information about a group in Blackwood that people can attend if they identify as any of the above.  It is held at Blackwood Basement on the last Saturday of each month, and if you want to contact them you can find information on:

Ffion also told the group about Switchboard LGBT, a helpline which you can ring for one-to-one confidential advice and support on LGBT issues.  You can contact them on 0300 330 0630 and their website is: 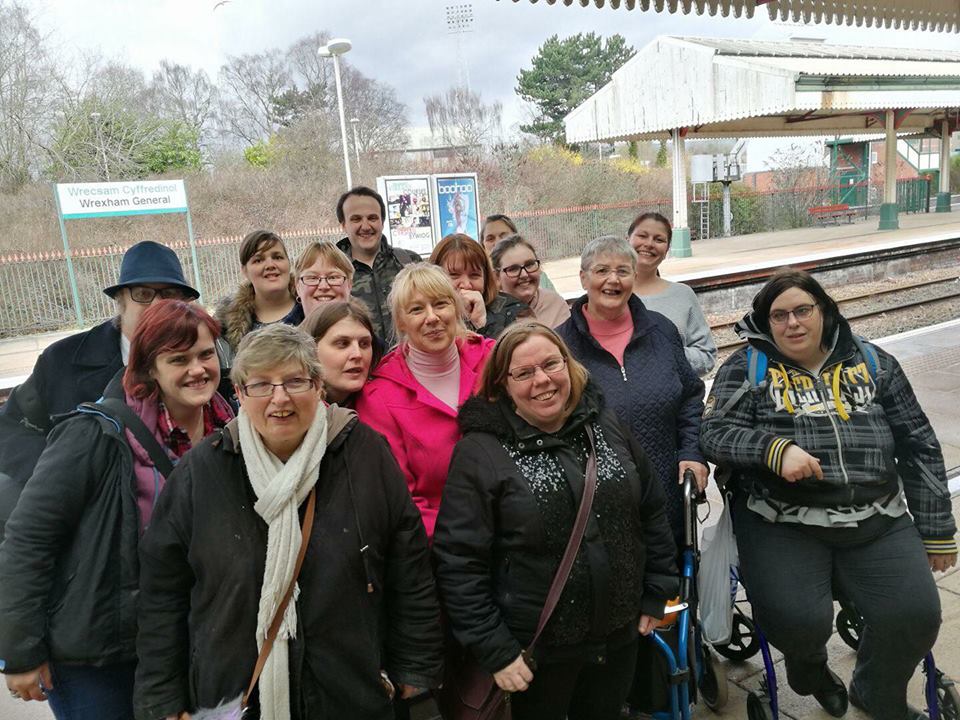